Home Products Ordering About Us Tech Talk Contact Us Legal 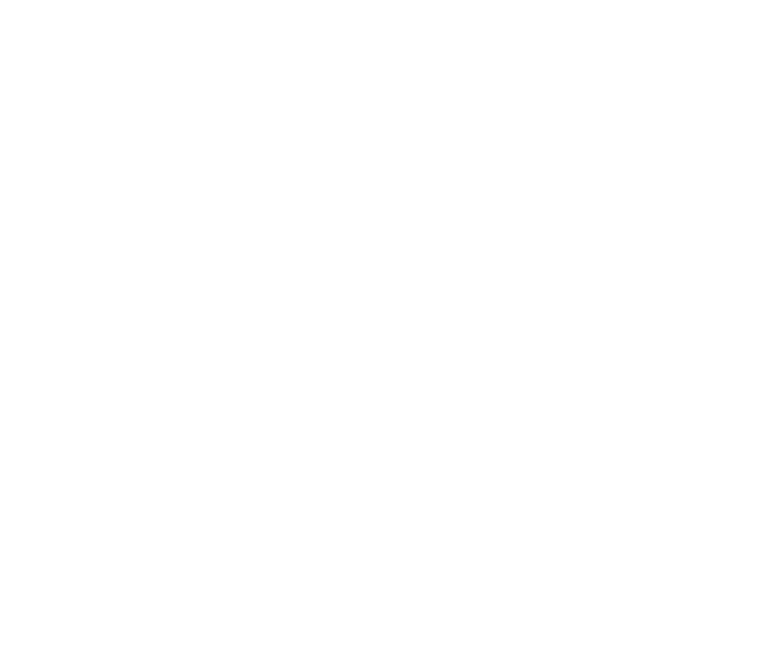 How hot/cool do the DVR3 /4 regulators run

For all DVR3 and 4 units, Positive or Negative Earth, the maximum heat generated at a 20 A load current is less than 2 Watts. Power dissipation in the standard leads will add a further Watt or so to this figure. This is significantly lower than many competitors products. Because these regulators do not use a diode to perform the cut-out function, which is to prevent current flowing back into the dynamo from the battery at low or zero speed. Instead of the usual diode they use high current low resistance MOSFET transistors which only switch on and pass current when the dynamo voltage is greater than the battery voltage. This technique allows the power lost in the cut-out element to be reduced to some 25% of that lost in the cut-out diode used in many electronic regulators. This is a key part of what we mean by "cool and efficient". Low heat dissipation aids reliability and it also allows for very compact size in the regulator. Cool indeed!

How do your DVR regulators work?

The output voltage from a typical vehicle dynamo depends on the rotational speed of the armature, and the magnetic field strength through which it turns. The strength of the field is determined by the current flowing in the field winding(s). The regulator compares the output voltage with a precise reference voltage, and controls the average field current to maintain the correct charging voltage.

The conventional mechanical regulator achieves output control by means of an electromagnet bobbin coil which opens a set of electrical contacts to cut the supply to the field as the voltage rises above a set level. The output voltage drops a little, then the contacts close again, and voltage is again applied to the field, thus increasing the output in turn. This cycle happens hundreds of times per second so that the dynamo output runs at a steady level, as required to charge the battery and drive the lights and other electrical loads. The contacts in the cut-out bobbin close at a suitable voltage to connect the load side (and open when the dynamo voltage falls below the battery voltage) so as not to discharge the battery at low speeds or when stationary.

DRL's modern electronic regulators function in similar manner. The voltage to the field winding is switched on and off in a rapid cycle setting the average field current as required for the armature to supply the appropriate output voltage, as speed and load vary. But instead of a set of points, the rapid switching is accurately controlled with a transistor. The cut-out function is performed by a diode or transistor switch, which passes current when the dynamo output is greater than the battery voltage, and blocks unwanted current flow when the output is lower than the battery.

Where are your regulators manufactured?

Proudly Designed & Manufactured in the UK. The cases are machined locally and the electronic circuit boards are assembled by us on our pick and place machine. That said, component parts are from a variety of countries; there is not much semiconductor manufacture within the UK! For that matter the aluminium alloy for the housing will be imported as well. But the great majority of the added value in the products is to the benefit of UK PLC. Wherever manufacture takes place the key is to maintain good quality control, to which we attach high importance.

Does the charge/ignition warning light still function with these regulators?

Yes. It will still work normally, with one small caveat. If there is no load on the regulator (magneto ignition) and with the battery fully charged the regulator may periodically shut down the dynamo as no output is demanded to keep things topped up. In rare instances this leads to an occasional flicker of the warning light, which is of no real significance. Be aware that the indicator light is at best a crude indicator of charge function. The lamp goes out at a voltage well below that required to give any useful charging current to the battery.

It will be after its straightforward modification from 3 brushes to 2. Check out the link on the tech talk page to converting a 3 to 2 brush dynamo.

Whatever type your 3 brush dynamo is, ensure that any external charge controlling resistors or switches are removed from the Field circuit after converting it to 2 brush. This refers to Summer/Winter, High/Low, Headlight/Sidelight connections which were a simple method of controlling dynamo charge. If left in circuit these may override the DVR's control and lead to a damagingly high voltage output.

Nominally 7.2 V in a six volt set-up and 14.2 V for twelve volts. More is definitely not better here. For example 14.5 V as commonly stated as 'correct' will mean higher trickle charge leading to more topping up and shorter life for your battery.

What current limit  for a DVR3/DVR4 should I select

The current limiting facility is an unusual but important inclusion in electronic regulators. It provides important protection for the dynamo. Without current limiting the dynamo will try to generate as much current as demanded by the electrical load. If this is higher than the manufacturers rating the armature may overheat and be destroyed by flinging its solder. So choose the current limit to suit the dynamo fitted, and not the required load for example.

What is polarising a dynamo and how’s it done

Your battery's has a “live” terminal and a “ground” or “chassis” terminal. What ever battery terminal (POSITIVE or NEGATIVE)is connected to the chassis or frame, the dynamo must have the same polarity. This is done by “flashing” the dynamo which will magnetise the dynamo with a certain polarity. Yes there are field windings that provide the field but on start up its the iron in the dynamo that has the residual magnetism that starts the process. So for example lets say you want to set the battery earth to NEGATIVE EARTH and flash the dynamo accordingly. Here’s how: Disconnect the D & F wires from the dynamo. Take a wire from the unearthed (POSITIVE) terminal on the battery and 'flash' it onto the F terminal of the dynamo. That is touch the 'live' wire onto the F terminal briefly, for a second will do it. A small blue spark will be seen. Your dynamo is now polarised NEGATIVE earth, simple as that.

The above method applies to dynamos with the field wired to earth, regulated on the live side, e.g. Lucas types.

For dynamos with Field to Live (negative earth, e.g. Bosch connect DF to Earth. Lift either brush in the dynamo from the commutator so that a large current cannot flow through the armature. Flash (briefly connect) battery Positive to D+/61 terminal.

Re-polarisation may be used to 'wake up' an old dynamo which has not been used for a long period or to confirm polarity in case of any doubt, as well as to deliberately reverse the polarity. It is not a bad idea to attach a prominent reminder near to the battery when the vehicle's earth polarity has been swapped, to avoid future polarity sensitive connection problems.

How do I check my Dynamo is working ?

Field to Earth Dynamo e.g. Lucas: Remove any wires from the Output and Field terminals (Lucas D and F) and connect a wire between them. Connect a 12 V bulb (e.g. 21 W indicator bulb) between the two linked terminals and 'ground' or the dynamo case. Spin up the dynamo and at modest revs the lamp should glow brightly, even with a 6V unit. Increase the speed slowly and do not continue this test for long. Even better use a voltmeter to monitor the voltage (the field coil acts as a load). The meter will also allows the polarity of the output to be confirmed. 6V or 12V should be seen on the meter at a speed equivalent to perhaps 30 mph on the road.

For a 'Field to Live' dynamo e.g. Bosch or a Dynastarter: Instead of the linking Output (61/D+) and Field (DF), link Field to ground. Connect the bulb or meter between Output and ground.

The output test above is a simple GO/NO-GO check but other factors also come into play. The bulb check does not confirm correct polarity; use a meter for this. Also the speed at which the dynamo gives 'a good output' is not monitored. Low output for the rotational speed will delay or even prevent the start-up of an electronic regulator. This can be due to low magnetic efficiency in the dynamo. Some 12 V converted dynamos may give problems as specifications vary and some are poorly done. New dynamo brushes may need to bed in, may be made of poor quality material, or the lead attachment can sometimes be suspect. These are all deviations from standard performance of the dynamo. Manufacturers will normally state a certain power or voltage output with a given load resistance at a specified speed. Or of course there could be a simple problem in the wiring harness, connectors, ammeter or wherever.

Many 6 Volt dynamos on both motorcycles and cars work perfectly well at 12 V with no changes. The benefits of going to 12 V include better lighting and easy parts availability. The downside is that charge balance will take place at typically 30 % higher speed; no problem for cruising but could be around town. More power will be available at 12 V as a result of lower heating in the armature (half the current for given power).

Will fitting a voltmeter give me a good indication of charge

A voltmeter is a useful device in that it does indicate the state of charge of the battery when the engine is not running and gives you and indication of the dynamo output voltage when it is. However ion preference spend your cash on an ammeter that works well instead. They do not all flicker wildly all the time if the charge regulation is good. A voltmeter will sometimes show a misleading high reading despite the battery being shot. Ammeter current gives a clear indication of the charge at a given time and is a better option in a dynamo system.

Do you offer any 24 volt regulators

Sorry we don't sell any 24 Volt regulators. We have no plans to despite being asked from time to time. It would mean a complete redesign of our circuitry, frankly for relatively few extra sales.

Do you offer custom current limiting ?

We can but ion most cases our standard product range of 8A, 11A, 15A and 22A should cover most applications. It is not a good idea to run dynamo’s at maximum current rating. Fine on a nice cold winters day not good on a hot summers day with full load. Choose one that is close but lower than the maximum rating of your dynamo. If you need a specific current limit let us know by email and we can assist you.

Do the regulators include temperature compensation

Not at present. Some original relay types included a bi-metal strip to reduce charging voltage as its temperature increased. The intention was to reduce risk of overcharging the battery when warm. But the voltage change then responds to regulator temperature, not the battery as required to make the scheme work. Varying the electronic regulator's output voltage with temperature would be quite straightforward but sensing battery temperature would add unreasonable complexity. Our standard regulators control voltage far more accurately in any case, and the risk of battery boiling is avoided. However we may look at some form of remote temperature sensing in a future version.

A matter of taste and depth of pockets perhaps. But the Lucas dynamo (for example) in reality is a rugged & reliable unit, and requires minimal maintenance. Coupled with a DRL electronic regulator adequate charging is possible at all times for normal electrical loads.